You are here: Home » News » Industry News » What you should know about Heavy Forgings?

What you should know about Heavy Forgings?

Forging is a manufacturing process involving the shaping of metal using localized compressive forces. The blows are delivered with a hammer (often a power hammer) or a die. Forging is often classified according to the temperature at which it is performed: cold forging (a type of cold working), warm forging, or hot forging (a type of hot working). For the latter two, the metal is heated, usually in a forge.

Forging Products dived into two group with according to the purpose of heat treatment.

Due to Metal forging can be eliminated by forging. Holes to improve the mechanical properties of forgings. Forgings Parts is used wide range.

Type I—Forgings with the main axis standing in the cavity of the mold and having two-dimensional dimensions close to each other in the horizontal direction (round / revolving bodies are mostly, square or similar shapes). This type of forging is usually used in upsetting process when die forging. Divided into three groups according to the difference in forming difficulty. 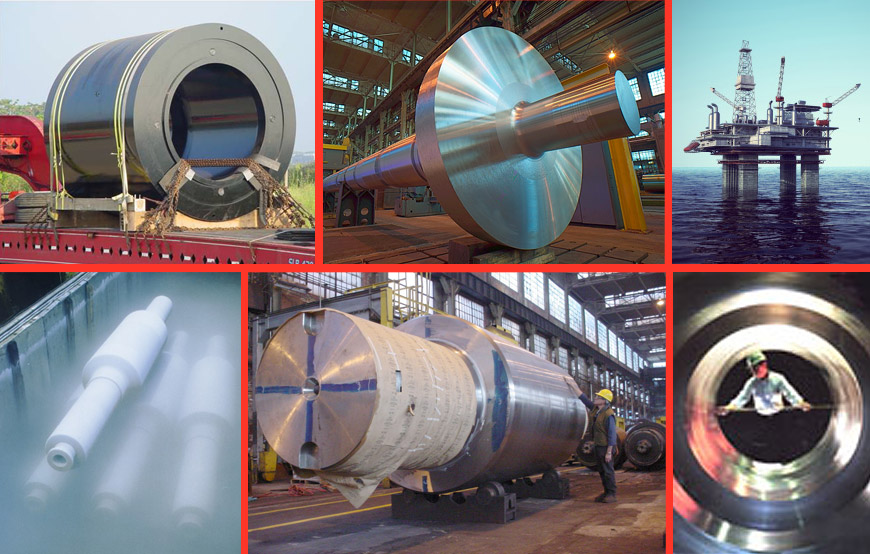 Group Ⅰ: Forgings formed by upsetting and slightly pressing, such as gears with little change in height between the hub and the rim.

Group 1-2: Forgings that are formed by extrusion and slightly upsetting, and both extrusion, pressing in and upsetting, such as universal joint forks, cross shafts, etc.

Group I-3: Forgings formed by compound extrusion, such as hub axles.

Type Ⅱ—Straight and long shaft forgings with the main axis lying horizontally in the die cavity and a long one-dimensional dimension in the horizontal direction. It is subdivided into 3 groups based on the difference in the cross-sectional area of the vertical main axis.

Forgings whose ends (one or both ends) of group Ⅱ-3 are fork-shaped / branch-shaped, in addition to determining whether billing is required according to the above two groups, pre-forging steps must be reasonably designed, such as casing forks.

Types I and II forgings are generally flat die or symmetrical curved die, and asymmetric curved die increases the complexity of the forging.

Type III—Forgings with twisted main axis and lying on the mold cavity. It is subdivided into 3 groups according to the main axis direction.

The axis of group Ⅲ-1 is bent in the vertical plane (the parting surface is a gently undulating surface or with a drop), but the plan view is a straight long axis (similar to type II), and generally no special bending step is required. Formed forgings.

For group III-2, the axis of the main body is bent in the horizontal plane (the parting plane is generally flat). Forgings that can be formed by bending steps must be arranged.

The main axis of group Ⅲ-3 is a forging with space bending (asymmetric curved surface parting).

There are also more complex forgings that have two or three types of structural features, such as most automotive steering knuckle forgings 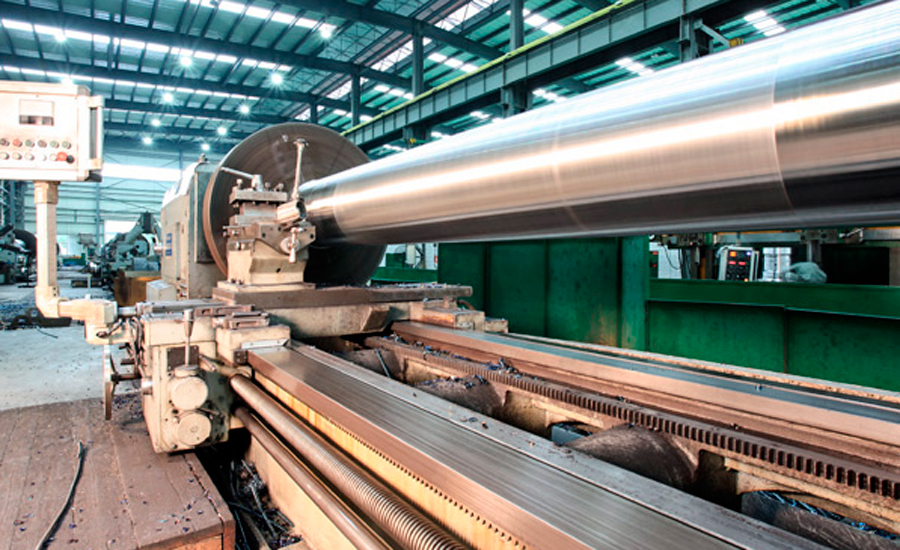 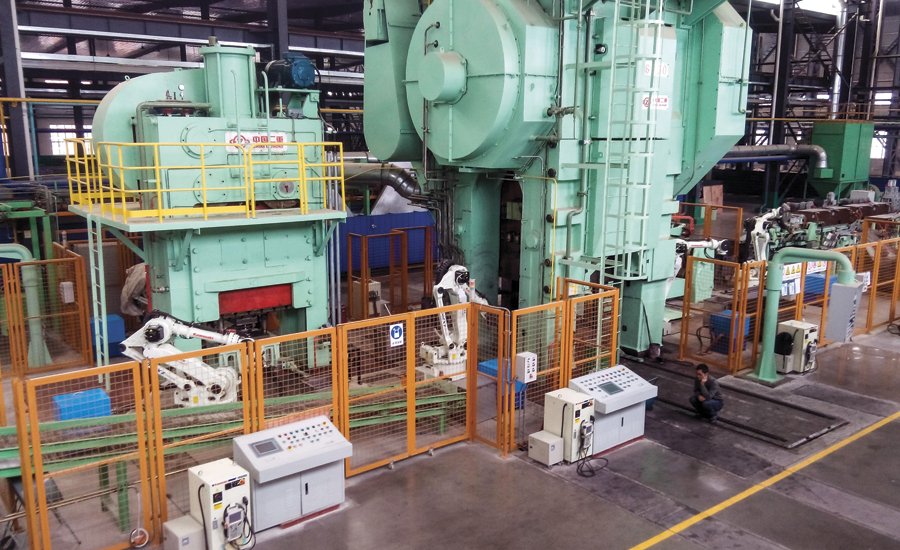 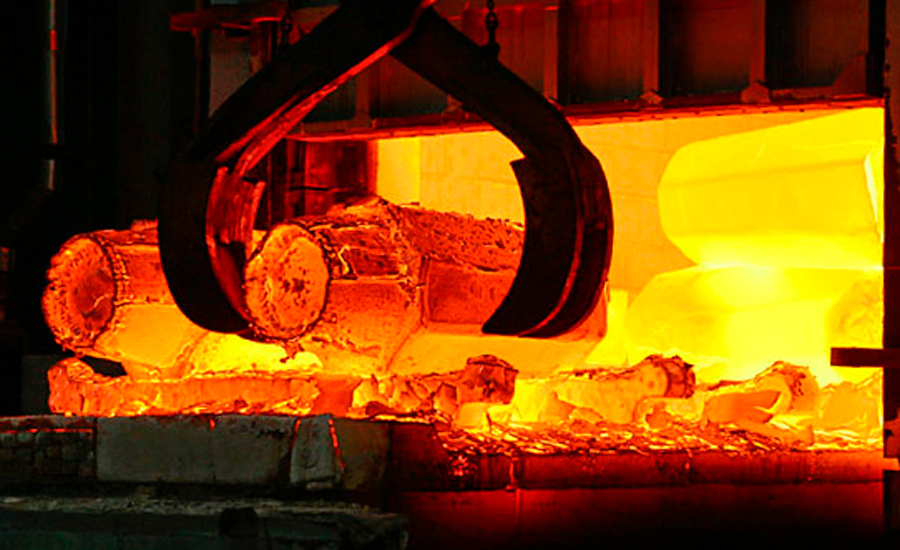 Due to Metal forging can be eliminated by forging. Holes to improve the mechanical properties of forgings. Forgings Parts is used wide range.

1.Along with the rapid development of modern industry, such as energy, transportation and metallurgy, many heavy forgings with high quality are required.

2.Forgings for hydrogenerator, such as Industrial Mill SM Spindle.

5.Forgings for pressure vessels, such as cylinders, cauldron flanges and seals.

7.Forgings mechanical equipment, such as hammer head, hammer rod, hydraulic press of the vessel, cylinder, shaft of the cylinder and cylinder block, etc

8. automotive forgings, such as axle, wheel, plate spring, locomotive crankshaft, etc., according to statistics, forging in the automotive accounted for 60%.

9. Forgings for military use, such as gun barrels, door bodies, bolt supports and traction rings, account for 65% of the mass of tanks, according to statistics.

A major forgings manufacturer in China:

Medium and large forging enterprises of various types and industries (mainly in the petrochemical industry.

Hunan Anlian Metal Products Co., Ltd. was established in May 2009. The production and processing base is located in Dainan Industrial Park, Xinghua City, Jiangsu Province. The production workshop covers an area of more than 25,000 square meters. There are more than 100 employees and two technicians More than ten people.

The nickel alloy and special stainless steel forgings produced by the company can meet different inclusions, residual ferrite / austenite, grain size, impact work and flaw detection and other high-level requirements.The products are eventually applied to GE Energy, Siemens, Al Leading companies in the industry, such as Stone and CIMC, have been well received by users. 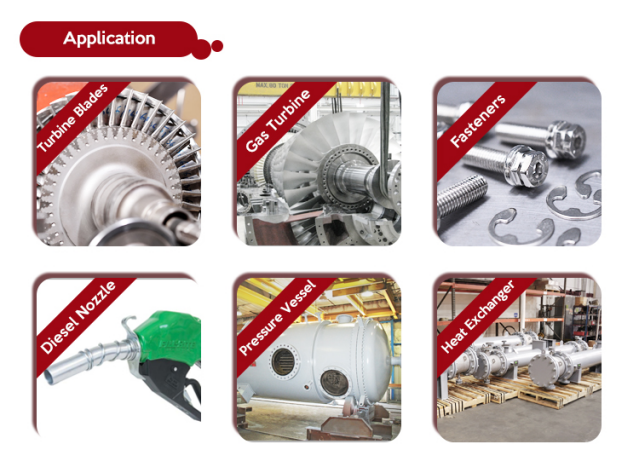 2. The product has uniform chemical composition, high purity, low gas content and no defects on the surface.

6. There is no requirement for MOQ.

If you want to learn more about Forgings Parts:

Copyright © 2019 Hunan Allianz Metal products CO.,LTD. All rights reserved.
备案号为：湘ICP备14011062号-1
Friendly link：Factory official website    Official mall 1   Official mall 2     Sitemap
We use cookies to enable all functionalities for best performance during your visit and to improve our services by giving us some insight into how the website is being used. Continued use of our website without having changed your browser settings confirms your acceptance of these cookies. For details please see our privacy policy.
×